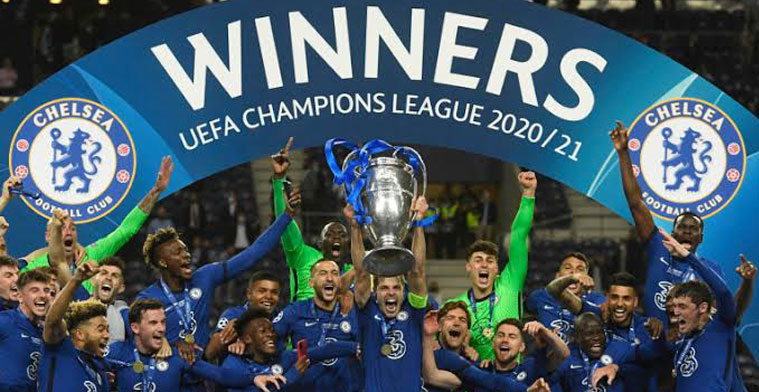 The UEFA Champion’s League, which was formerly the ‘European Cup’, was originally a knock-out tournament open only to the Champions of Europe’s Domestic League. The winner was then rated the European Club Champion. The League was introduced in 1955, it was organized by the Union of European Football Association (UEFA), from which the League got its present name in 1992.

Chelsea Football Club, a professional English Football Club which was founded by Gus Mears in 1905 had been participating in the UEFA Champion’s League since 1999 when it made its premiere, which happened to be the Club’s 86th competitive season, eighth consecutive season in the FA Premier League and 94th year as a Club. In the 1999 season, Chelsea made a good performance. It opened the season with a 4-0 win against Sunderland. Its good performance steered up the interest in Europe. Chelsea’s premiere amazing record in the group stage became glancing. Chelsea was leading Group H with 11points as a result of its outstanding performance. Chelsea made a way for itself to the quarter final, where it met with the Spanish Club, Barcelona, at the Stamford Bridge, London. This marked the fourth time that the two clubs will meet. Chelsea under the influence of their then manager Gianluca Vialli was able to win the first leg against Barcelona. Chelsea found the net three times while Barcelona found the net just once. Unfortunately, Chelsea met with its defeat against Barcelona in the second leg of the quarter final at the Nou Camp where Barcelona found the net five times and Chelsea found the net just once. The defeat led to Chelsea’s misfortune in 1999 season of the UEFA Champion’s League competition and was unable to get to the final stage. The cup was eventually won by Real Madrid after winning against Valencia.

In 2003-2004 season, Chelsea fortunately had another opportunity to participate in the UEFA Champion’s League. With a team work spirit, Chelsea made it to the semi-final where it met with the French top tier Football Club, AS Monaco (Association Sportive de Monaco). Unfortunately, Chelsea lost at a 3-5 aggregate to the French Club.

An astounding season came around in 2007-2008 where Chelsea made an amazing record. It never suffered a single defeat at home. Chelsea paved the way to the final stage of the UEFA Champion’s League for the first time following its victory over the Romanian Champion, CRS Cluj in a 2-1 win. The great day manifested itself, Chelsea is playing in the final stage with Manchester United, making it the first time in the history of UEFA for two English Football Clubs to be participating at the final stage of the competition. The Ground Sports Arena of the Luzhniki Olympic Complex popularly known as Luzhniki Stadium had accommodated about 67,310 people. The United Kingdom and the Republic of Ireland was assumed to have a population of around 17.5million people on television to watch the final match. The match was a tough one, the two Clubs dragged it to a 1-1 draw even after extra time. Chelsea lost a 5-6 on penalties to Manchester United. Chelsea tried its best to emerge as the winner of the UEFA but couldn’t make it. Chelsea got a prize of about €4million for participating in the final competition.

It was said that “winner never quit and quitter never win”. Chelsea seemed to make this saying its anthem as it continued to participate in the UEFA after series of defeat, hoping that one day, it will be the lifter of the UEFA Trophy and emerge as winner. There came a season that Chelsea seemed to have proposed to be its season of victory. 2011-2012 season turned to be well for Chelsea, it made it to the final stage of the competition again, making the second time of getting to the final stage after losing the first attempt to Manchester United in 2008. The final stage was ready to begin, Chelsea was to play against Bayern Munich of Germany at the Allianz Arena, Munich. Bayern Munich happened to be the first Club to participate in the final stage of UEFA in its country since 1984. Following its struggle to get to the final stage, Chelsea had defeated Napoli, Benfica and Barcelona. Bayern was very lucky to find the net in the second half through Thomas Muller but fortunately, Didier Drogba, who won the UEFA Man of the Match of the season, find the net for Chelsea. The two Football Clubs was on a 1-1 draw after extra time which called for the two Football Clubs to participate in the deciding penalty shoot-out. Chelsea was lucky to win 4-3 against Bayern Munich and for the first time, Chelsea lifted the UEFA Champion’s League Trophy.

It happened like a dream, Chelsea in 2020-2021 season made an amazing record. Chelsea became the first Club to lead its Men and Women’s Team to the final stage of the Champion’s League in the same season. The season made it Chelsea’s 107th competitive season, 32nd consecutive season in the top flight of English Football, 29th consecutive season in the Premier League and 116th year of existence as a Football club. Chelsea in the first leg of the semi-final played a 1-1 draw against Real Madrid. The second leg of the semi-final led to Chelsea’s victory as it won a 2-0 against Real Madrid at Stamford Bridge, London. Chelsea found its way to the final stage where it played against Manchester City at Estandio do Dragao, Porto. Chelsea luckily won 1-0 against Manchester City which made it to emerge as the Champion of Europe in 2021.

“It’s unbelievable, it’s incredible, what a fight” Thomas Tuchel, the present Chelsea’s manager said. He added that: “We made it 1-0, I didn’t know what to feel actually. Still, I had the feeling, this would be different. I told everyone that before. I just had a good feeling every day that we would touch the trophy in the end”.

NICE To Watch Messi As He Scored His...