2019 AFCON: Ecstasy, Slips And Tragedies of the Game 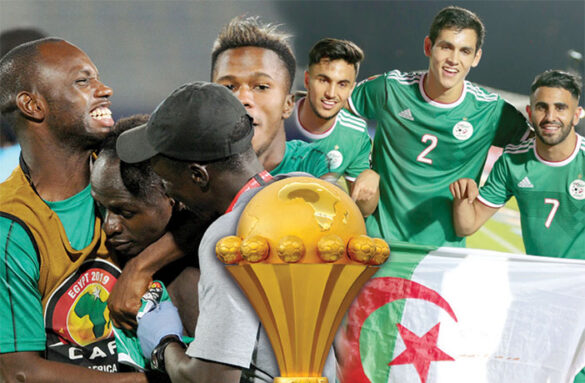 I welcome you to this 2019 Africa Cup of Nations, AFCON, the 32nd edition of its kind.

Since the biennial international men’s football championship started in 1957 this edition will go into record as the first to have 24 teams as participants.

The championship kicked off on 21st June and with barely few days to round up, it has so far witnessed barrages of ecstasy, slips, tragedies and disappointment.

One great moment of excitement was the opening ceremony where the Egyptian government and her citizens gave a good account of themselves. Her hosting facilities were close to near perfection in terms of organisation, planning and logistics.

Egyptians have in many cases received commendation for their notable hospitality and friendliness. But the thunder struck that moment in the AFCON’s Round of 16 when Bafana Bafana of South Africa eliminated the Pharaohs of Egypt. That is exactly the turning point. Things fell apart, and the centre could no longer hold. The ‘tsunami’ that followed the defeat of the hosting team was better imagined than real.

You will recollect that Egypt has won the AFCON on seven occasions, which made them believe this edition will make it the icing on their cake for the 8th time, but alas! It was never to be.

There were other casualties in similar scenario. With less than four days to the final and last game of the 2019 AFCON, I can inform you that not less than 6 Managers and Coaches of some of these national teams have lost their jobs; Guinean Syli Stars Coach Paul Put, Nigerian born Taifa Stars of Tanzania, Emmanuel Amuneke, the Dutch Coach of Cameroun Clarence Seedorf, while the fate of South African Coach Stuart Baxter and Super Eagles Gernot Rohr precariously hangs in the balance.

Such development may not come to the lovers of the game as a surprise, this is because the maxim of football management hinges on the fact that, “A coach is as good as his last match”. A coach is never honoured or hired based on his past or lost glory. This invariably leads to the trending issue in Nigeria as regards whether Gernot Rohr should be sacked or be retained as Super Eagles technical adviser after the 2019 AFCON championship.

Let me make my opinion known that this will not be the first time Nigeria will be having a coach that is clueless and tactically poor in championship games. Clemens Westerhof found himself in same situation in 1990 & 1992 AFCON championship games where he lost top matches simply because he was technically bereft. This was what led Westerhof to hire the services of fellow country man Jo Bonfrere who was a pure tactician and ardent reader of football matches.

This of course yielded massive results for Nigeria in 1994 AFCON & WORLD CUP as well as Olympics Soccer Gold medal in 1996. So, someone like me would rather wish the technical crew of Gernot Rohr be beefed up or be upgraded  as suggested through refresher courses. But given the kind of Nigerian environment and impatience for results, I would prefer the former solution of hiring a tactician for Rohr.

We need to take into consideration the high points of Mr Rohr. Despite the fact that he is not so tactically strong in championships, Rohr has opened up some dead end which before now remained untouchable or unreachable. It is on record that Rohr has returned Super Eagles to a fertile ground where at least three players are made to jostle for a Jersey, where no player can no longer take the nation for a ride.

We should never lose sight of the rare privilege given to us by Gernot Rohr that gave us easy qualifications for AFCON & WORLD CUP without employing unnecessary permutations and calculation in football.

I’m not head over heels for Gernot Rohr. Much as I appreciate Mr Rohr’s humility and gentleness, I have a distaste for his reckless speech each time he fumbles. One of such dirty statements was the one quoted: “Am not ashamed to lose 0-2 to a Madagascar’s team”.

A statement like that is nothing short of deriding a soccer loving nation like Nigeria. It is a way of rubbing salt on the injury of Nigerian citizens. Nigerians would not take such unguarded statement from him. Nigeria can be so magnanimous but at the same time be cocky when it gets to the soccer arena. Nigeria has come a long way.

Meanwhile, I think it will not be out of order to drop some suggestions for Mr Rohr in this direction for the Super Eagles to achieve its long lost compactness on the field of play.

Dead Balls: I suggest Rohr works seriously on his players on how to maximize the benefits of Set Pieces in games. Free Kicks, Corner Kicks, Indirect Kicks etc. should be taken as potential means of goal scoring. Since the exit of Christian Chukwu and Austin Okocha nobody has surfaced again.

HEIGHTS: I can see the coach already working in getting skillful players with appreciable heights into the team, let him continue in this direction, this will eventually yield for the team the dividend of getting some goals via headings just like in the days of Mathematical Segun Odegbami, Thompson Usiyen, Emmanuel Amuneke, Mutiu Adepoju etc. Nigeria team needs those flavours once again.

While rounding up, I have to commend the patriotic instinct of Super Eagles Supporters. These people are too selfless and loving. These supporters have constituted and grown to become a factor one cannot whisk away in any of Super Eagles game. Kudos to these family men and women. Nwankwo Kanu’s yeoman’s job in Cairo will not go unnoticed as well. More respect for the Soccer Ambassador.

Nigeria has really gotten the bragging right in world football for an African country.

YOU CAN’T BEAT THE RECORD! 👇

– Highest FIFA ranking peak achieved by an African country (5th in the world, 1994),

– AFCON highest goal scorers (our ‘players’ hit the bulls eyes  more than any African country,  7 times; and Ighalo grabbed the trophy in Egypt).