Top Posts
MESSI NOT THE GREATEST
PRESERVING THE NIGERIAN POPULAR MUSIC HERITAGE: THE EVERGREEN...
ELNANA AFRIKA BEGINS THE GRATEFUL JOURNEY
NICE To Watch Messi As He Scored His...
EDOCHIE AND WIFE CELEBRATE 53
MIKEL OBI, THE LEGEND, BIDS FOOTBALL GOODBYE
POETRY FESTIVAL FOR FAROUNBI
TIME FOR MUSICAL REVOLUTIONS
LAI MOHAMMED: THE FESTIVAL AND THE LICENCES
The Broadcast Industry Battles For Survival
Home Interview As NDDC Board Members, We Had No Documents – Hon Rimamnde
Interview

As NDDC Board Members, We Had No Documents – Hon Rimamnde 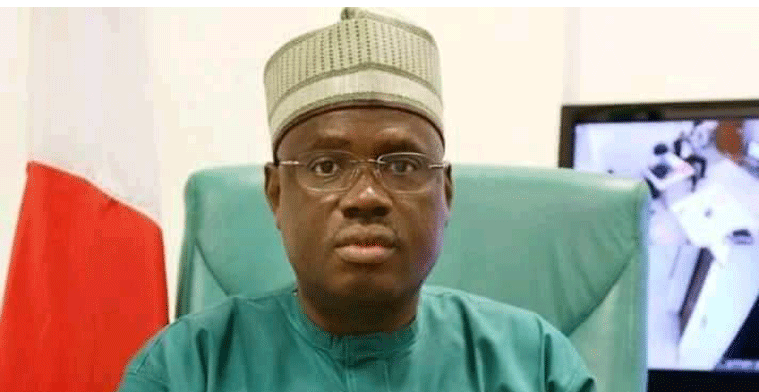 This is the concluding part of the Broadcasters Int. Magazine interview with Hon. Rimamnde Shawulu, a former BBC Reporter, a consultant who later became a politician through which he was appointed to the NDDC Board. Currently, he is serving a second term as a Member of the House of Representatives. Shawulu was asked to relate these professional backgrounds into his experience:

Hon Shawulu: The first thing I like to point out is that the world has moved on but Nigeria has remained stagnant.

Yes, when I was in The Standard, we wrote articles about oil subsidy, petroleum etc. That was 30 years ago. If you removed the name of Babangida from those articles and put the name of Buhari there, the situation is still the same. So, I wonder when some people say Nigeria has improved, whether they really reasoned at all.

And this creates a big problem for me as a person. I feel I am left in a space, and everyone is just moving anywhere. I don’t know how to describe it.

Look at the idealism we had, a Nigeria that was free, talking of security, a country that was corruption free, a Nigeria that we believed was going to be the greatest country in the world. The little we achieved along these lines has been eroded.

I was very active in NANS as Secretary General of the ABU chapter. We could travel to Ilorin or Ibadan throughout the night. No fear of armed robbery, no fear of any clash between Muslims or Christians, no fear that anything could happen to us.

We went and met with total strangers to strategise on how Nigerian could work. We did our works very well, worked together with ourselves extremely well. Today, you cannot see that.

Only yesterday, at a petrol station, I saw a car with NANS and Presidency boldly written on it. We didn’t do such. We were funding ourselves internally. Students will contribute 50 percent and the universities will contribute also. During the holidays, officials of NANS stayed back in the campuses to do many works, but we had to look for something to eat by ourselves. We didn’t put our hands into union money. Recently, a dean of a university told me a student official requested four hundred thousand naira for a meeting but eventually gave few of his fellow officers two thousand naira each and kept the money. We didn’t do all these. When I started working, the person that I was living with, Abdurahman Black, I didn’t know the state he came from till he died. When I was the Prefect at the secondary school, even as the Secretary to the Christian Evangelism Group, we used to punish Christian students who didn’t go for fellowships. And this also happened to Muslims who did not go for their prayers. We even wake them up to go for their fasting early in the morning.

ALSO READ:   With WNTV, Nigeria Set The Standard For Other Countries – Julie Coker

Today in Nigeria, you are working in an environment where your religion is used against you, your tribe is used against you, and people no longer value morals completely. So, when you asked me a wide question like this, I really don’t know what to say because the individual is now helpless, the individual is stranded…. And translating from studentship to journalism, we were firing from there based on our common belief that Nigeria must be great.

However, some who went into government became ministers, governors etc. Some, you could not even go to see again. They went directly against the ideals of a great Nigeria.

Translating into the executive, it was even worse. I went into NDDC because we strategized from the Middle Belt for Jonathan that it was possible for the minority to win election.

At the NDDC, they would bring budgets. The NDDC is structured this way: the nine oil producing states and representatives from other three zones, North East, North West and North Central.

At the Board, the management divided the budget in such a way that  the member from Ondo State , for instance, only had access to his state budget, the one from Bayelsa also had access to his own state. Those of us from non-oil producing states have no budget documents at all. Yes, and when we talked they told us that everything was being determined by the National Assembly. Let me digress a little. You don’t import a foreign system and impose it on your system. That was one of the reasons President Buhari refused to constitute Boards, because the powers given to the Boards have been given to the Bureau for Public Procurement (BPE). So, boards don’t have any serious function, that’s the reality.

ALSO READ:   Copyright Laws: The Good, The Bad and the Ugly

I am just narrating how we have bastardized our systems, our institutions. I was a member of the NASS Committee on the NDDC in the 8th National Assembly. If you asked me to give you the budget of the NDDC as a legislator, I don’t have. This is not an individual problem, it is an institutional thing, and it has continued. We have bastardized the system from the top and nothing is functioning.

As a Board member, we heard policy or budget statements on Television like any other member of the public.

Let me go back to the reality of your question. When you are coming from the media or journalism, into politics, you are coming into a completely different arena that you don’t know. That is the reality. And in Nigeria, we also don’t have a completely independent Press, particularly because of the economic problems they are going through. So, it will take time for the Press to be a good check on the government. You know it is the Press and the civil societies that mobilise the public all over the world.

Seeing is Believing As Osun Kicks Off Tourism Master Plan

With WNTV, Nigeria Set The Standard For Other...

BBC Will Make You Say What You Don’t...

ECOMOG: A Call To Duty, But Covering War...

Copyright Laws: The Good, The Bad and the...

WORLD EXCLUSIVE: NTA And The Story Of How...