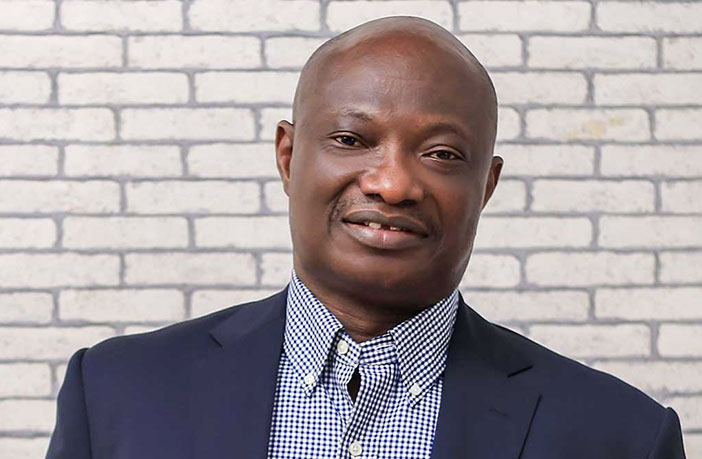 Broadcasting is a central institution in any modern society. It is a major repository of knowledge with the cultural authority and power to define what we know, if not even how we act. More than any other genre of media, broadcasting sets societal agenda and influences all other social institutions and processes.

It has moved beyond the traditional boundaries of informing, educating and entertaining. Scholars believe that the broadcast media is a mobiliser and a formidable factor in the new world order, in economy, technology and politics.

The public yearning for a greater variety in programming as well as alternative sources of information to the mainstream government controlled stations led to the deregulation of the media space in Nigeria, following the promulgation of the National Broadcasting Commission, Decree No. 38 of 1992 by the Babangida’s military regime. Section 22 of the decree revoked the provisions which confer exclusive monopoly of ownership of electronic media on the state. The initial fear held by those in authority and which for years delayed the coming on board of independent media establishments was that their proprietors may abuse the concept of public interest. Therefore, the democratisation of the media space ushered in a new era in electronic broadcasting wherein private ownership of media outlets became the norm, but it was not until 1994 that the first privately owned radio station hit the airwaves. The DAAR Communication Limited, Lagos in 1992 emerged as the first recipient of radio licenses.

In today’s Nigeria, private media organisations dot almost every space, providing alternative voice, anchored on freedom of expression within their coverage mandates. Many of them are owned by veteran media practitioners whose passion for the profession spur them on and politicians who use such platforms as propaganda tools to feather the nest of their political gospel. The proliferation of private broadcast stations and the alternative narratives to trending social issues that they offer testify to the gains of allowing thousands of ideas to blossom as exemplified by liberalisation of the broadcasting space.

Article 19 of the 1948 Universal Declaration of Human Rights states, “Everyone has the right to freedom of opinion and expression; this right includes freedom to hold opinions without interference and to seek, receive, and impart information and ideas through any media and regardless of frontiers.” Since it is the right of everyone to seek knowledge from whatever source he desires and uses media contents to gratify his need(s), private media outlets have to a very large extent given life to this universal right. Since a society thrives on knowledge, private broadcasting media have stepped into the knowledge gap created by the public media. Private stations keep their audiences up to speed with cutting-edge media contents that are in sync with their socio-political happenings and developments while jumping on the bandwagon of technology to break the barrier of time and distance in news gathering and dissemination. This proactive behavior of keeping tabs on events and reporting them accordingly without fear or favour has etched them in the minds of the people as the custodians of public trust. For some of these media, working to fit the bill of media that pride themselves as the conscience(s) of the society does not go without some challenges.

Lack of media fund has been identified as one of the major challenges confronting private broadcasting in Nigeria. There is no provision for media fund by any development banks in this clime as it is the practice in advanced countries. While the establishment of an electronic medium is capital intensive, prospective and current media owners have had to look elsewhere to get financial resources to jumpstart their media outlets or stabilise in their businesses in the face of daunting financial challenge. Bank of Industry (BOI) and other development banks that share the same operational mandate of assisting businesses with fund have not paid attention to media establishments as commercial investments. If media proprietors can access development fund as investors in other business spaces do, the impact of the media on development in terms of knowledge transfer, wealth generation and employment will grow in leaps and bounds. While I was pooling resources together to establish Rave 91.7FM, I approached some of these banks for loans to no avail. The lesson I learnt in the process was that there is no such provision for the media. Dishearteningly, my interactions with some bankers during the time showed that many of them see media organisations as more of social investments than commercial investments. This must change. Media organisations have the capacity to contribute in no small measure to economic growth and development beyond its primary functions.

Ownership structure defines the way and manner a media outfit engages its audience. It is a big challenge in private broadcasting. Ownership has continued to have strong influence on the editorial policies of media organisations. The saying, ‘He who pays the piper calls the tune’, may be apt here. Owners of some private stations exert influence on what constitutes the media contents they broadcast to their audiences. They put their own interest rather than that of the public first. During electioneering, for instance, they fail in offering a level playing field to all those who need media access, this explains why the then governorship candidate of the People’s Democratic Party (PDP), Seyi Makinde, in Oyo State, who is now the governor, was reportedly denied access to the airwaves by a private radio station in Ogbomosho owned by a rival politician.  This is a clear violation of the ethics of journalism. In advanced climes, there are laws meant to check the excesses of media owners. Even though the National Broadcasting Code clearly defines standard practice in this area, media houses run by those who have political leanings hardly adhere.  This consequently impacts negatively on the credibility of those stations and their financial power. Since broadcasting is a content-driven discourse, if the content does not sync with socio-cultural diversity of the people and their unmediated realities, private media will not survive. Where survival becomes an issue, the casualties are the workers. However, those media houses run by core practitioners, like Channels Television, Rave 91.7FM, Rockcity 101.9 FM, to mention a few, have managed to stay above troubled waters; the few that have political alignments are clutching to the straw of political patronage to survive.

Besides, license challenge is another identifiable encumbrance for prospective media proprietors.  Politicians rather than practitioners are at advantaged position to access media licenses. They use their contacts in government to influence and fast-track the issuance of licenses to themselves but for practitioners who have the requisite knowledge to run such stations, getting a license is like a camel passing through the eye of a needle. These politicians use the broadcast media to propagate their political worldviews, philosophies and idiosyncrasies. This is a worrisome trend whose cycle must be broken.

Moreover, the broadcast media have had to battle with political rascality and executive lawlessness within their operating environment. In recent times, some state governments have had bruises with broadcast media within their domains resulting at times in demolition of such media houses or momentary halting of their operational activities, which results in loss of revenue and audience’s lack of access to a platform that allows them to ventilate their opinions. This faceoff usually stems from the refusal of these media to pander to the interests of those in power and surrender their credibility on the altar of political patronage. This only happens in an environment where the significance and the roles of the broadcast media are not duly appreciated.  This reactionary attitude is condemnable and it is a threat to free press anywhere. The media and government should be partners in promoting peace and development and not sworn enemies as we have seen. Recently, the Nasarawa state government, citing violation of building approval laws, ordered the demolition of Breeze 99.9 FM, the first private radio station in the state, almost two months after it started operations in March 2017. The word on the street alleged that the action of the government was not unconnected with the station’s act of speaking against the non-payment of salaries in the state for 5 months. Similarly, Fresh 105.9 FM in Ibadan owned by musician ace Yinka Ayefele, last year, had part of its building demolished by the Oyo State government over unresolved differences. Despite this challenge, any broadcast medium that is worth its salt must stand up for what is right at all times regardless of the hostile working environment because the truth even when confronted with the goriest fabrication will triumph over spite and calumny.

Furthermore, influence of commercialisation of media contents and deference to commercial patronage stand between a medium’s professional responsibilities and the need to survive amidst already saturated media market. While the broadcast media want to maintain their positions as the custodians of public trust, the need to survive the tough competition within their coverage mandates is principal. This struggle for survival may make the media to make their content susceptible to the influence of media buyers or advertisers. Because most revenue of commercial media is dependent on advertising, adsmakers usually use their economic power to censor and control the content or purchase content favorable to their interests. Advertisers make a larger contribution to the finances of the mass media than audiences.

Just as stable power supply is critical to the commercial success of any business, so it is to broadcasting. Since power is a national challenge in Nigeria, businesses within its shores have consistently had to grapple with epileptic power supply which has sounded the death knell of many businesses and put millions out of jobs. The broadcast industry is not immune to the power challenge. An average broadcast station survives more on electricity from generating sets. For instance, despite the fact that Rave 91.7FM is situated in Osogbo, the Osun State capital, a city which boasts of relative stable power supply, it has about three generating sets to augment shortfall resulting from any power cut. The implication of this is higher cost of production and a drop in the profit margin.

Notwithstanding some of the challenges faced by private broadcasting in Nigeria, it has many prospects. It has democratised and deregulated the media space thus providing alternative voice to societal issues, providing a veritable platform for the views of all newsmakers and participating audience, facilitating participation in governance, holding leaders to account, and contributing to sustainable, equitable, and participatory development.

It also provides employment for creative and talented Nigerians. Each state in Nigeria boasts of at least a private radio station which employs an average of 54 members of staff and independent presenters. It contributes its quota to closing the widening unemployment gap in Nigeria. If there is adequate financial support system for private broadcasting, it has the capacity to emerge as an employment-elastic industry.