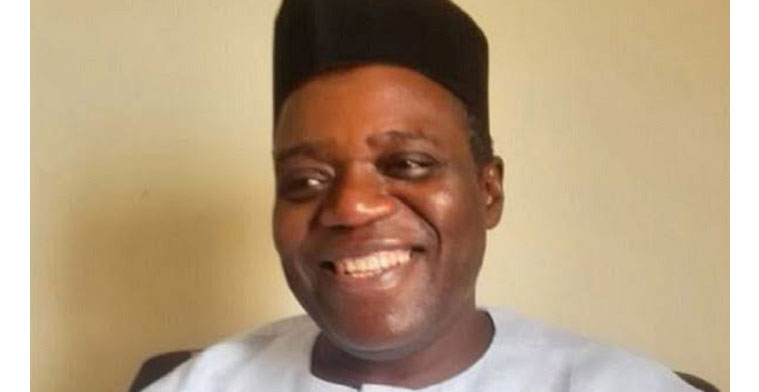 There is likely to be no relationship between the two ‘Balarabes’; Late Balarabe Musa and Balarabe Ilelah, the newly appointed Director General of the National Broadcasting Commission.

Although Balarabe Musa was widely known as a socialist, and Balarabe Ilelah also practised as a journalist in the Soviet Union, Musa came from Kaduna while Ilelah is from Bauchi. But history has a role in names.

In the same vein, there is no point digging into the circumstances of how the new NBC Director General was appointed. Instead, we must give kudos to Prof. Armstrong Idachaba for leading the Commission for about 16 months during which the agency went through turbulences.

Professor Armstrong Idachaba was the Director, Broadcast Policy and Research, until his appointment in February, 2020, to oversee the office of the Director General of the Commission. His appointment followed the suspension of Mallam Is’haq Modibbo Kawu.

One way or the other, the position is regarded as political, even when civil servants occupied the office. This is underscored by the fact that the new DG, Balarabe Ilelah, is a good follower of President Buhari according to some checks on him. These checks, however, also revealed him as a professional broadcaster and media practitioner in Nigeria and Soviet Union.

To be sure, the NBC parades good hands and through-bred professionals; one reason the Commission has been able to move ahead even when notable hands retired from the place. For instance, Engr. Ukwela Friday who retired from the Agency as Director of Engineering about a year ago, had a good successor, Engr. Ngozi Eke. And going by the encomiums poured on Dr. Tony Anigala who retired few days ago as the Commission’s Director of Broadcast Monitoring, a good successor was also already on ground, Mrs Franca Aiyetan.

Anigala worked as one amiable professional, but he operated mostly during the Commission’s public trial, just like Idachaba. As a matter of fact, the Agency suspended the Human Rights Radio few days to Anigala’s retirement, in addition to sanctions recently imposed on Channels TV and Inspiration FM.

Before the appointment of Idachaba as Acting DG, the Commission was going through financial scandals allegedly involving the former substantive Director-General, Kawu, who was also appointed by the current federal administration. As at now, it is not sure the smell is over, and this could be the take-off challenge of the new DG, Balarabe Ilelah.

Professionally, however, Ilelah’s challenges will have to be closely monitored by observers from the point of view of the current human rights challenges of the Presidency. Other than being a good follower of Buhari, Ilelah is described as a veteran broadcaster; a score-sheet that does not indicate or point to the fact that he is coming with “cargoes”.

Therefore, Ilelah is expected to clean up his new table in a way to forge a dynamic era of broadcast administration for NBC. This is a professional challenge, and important in view of the fact that his era will cover the 2023 elections in Nigeria. The administration of the 2023 elections is a huge task for NBC, going by the current political awareness in Nigeria and recent happenings in the broadcast industry.

The industry must also admit the fact that it faces serious economic problems, some of which the federal government has addressed as palliative measures. But the issues of engineering, monitoring and enforcement are great challenges that operators of licences treat with kid gloves, professionally. It is important to point this out since the economy of the operators, as a reflection of the general economy of the country, determines the perception of most broadcast stations of these vital areas. How well the new DG tackles them will shape the future of the broadcast industry.

There is also the issue of the Digital Switch Over (DSO) which was receiving commendable attention from the Commission before Balarabe’s appointment.

Few days ago, the Agency met with DSO stakeholders to re-strategise and work together for a speedy roll-out of digital signals, while ensuring complete coverage of all locations across Nigeria.

There are many more challenges, but the broadcast industry in Nigeria awaits a dynamic regime from Balarabe Ilelah.