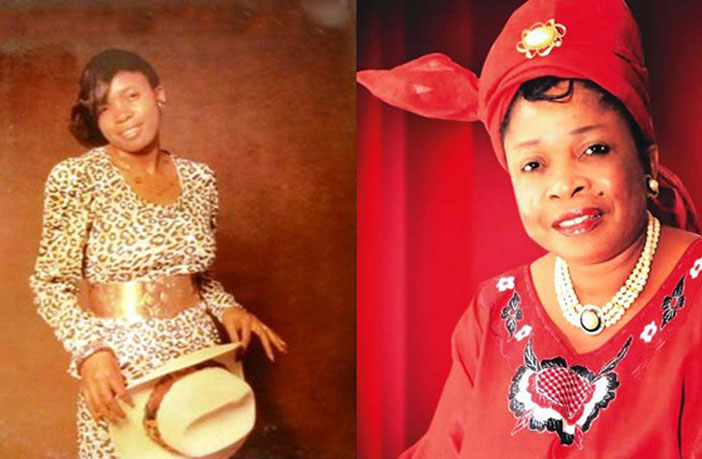 Even when it is eight years after the death of Nigerian music matriarch, Chief Mrs Christianah Uduak Essien-Igbokwe better known in the music parlance as Christy Essien Igbokwe her works still continue to roar and speak in volumes.

Taking a look at her profile, I couldn’t help but got swept off my feet. I noticed the resilience and perseverance with which the little Christy took on the vicissitudes of life when she lost her mother at a tender age of 12 and how she had to be brought up by one of her late mother’s friends in Aba, Abia State.

Interestingly, I was made to realise how she (Christy) featured in her Secondary School Club and she was discovered as a girl with innate qualities in the artistic world. With her doggedness, courage and candour she was noted for, it took her some minutes to perform at the then NTA CHANNEL 6 to be discovered in Aba in the year 1976. One thing led to the other, and she was offered a role in the celebrated Soap “The Masquerade”. She was given the role of Akpenor the wife of Jegede. She fitted into it and excelled. She was truly a team player.

Essien-Igbokwe began her musical career in her Secondary School, singing at various clubs such as Uka Onu’s Club and Unikoko in Aba, Abia State. She featured on a programme called ‘Now Sound’. Her talents in music tremendously received a boost from her late mother’s friend who encouraged her singing prowess and bought her a fairly used cassette player to record her songs.

With such undaunting spirit to make a mark, Christy shuffled and swapped roles between her acting and musical careers when eventually she decided to release her debut album titled FREEDOM in 1977. The popular track ” Time Waits for No One” was a sell out.

As the evolution of Christy Essien-Igbokwe started unfolding, the society began to enjoy her penchant as a social crusader. She was seen more in the vanguard of people campaigning against Child Abuse and Female Circumcision. She featured in some movies that berated similar insults and assaults on womanhood such as “Flesh & Blood” and another one titled “Scars of Womanhood”. She also had the honour of composing and performing what would later be known as her state’s informal anthem, “Akwa Ibom Mmi (My Akwa Ibom)” in 1987, its year of creation as a State of the Nigerian Federation.

Christy’s second Album  “Ever Liked My Person” released in 1981 was what she needed to be heralded into the global stage. Essien-Igbokwe sang her songs in Igbo, Ibibio, Efik, Hausa, Yoruba as well as in English. Essien’s fluency in Igbo, Hausa, Yoruba, English and her native Ibibio earned her an appeal which cuts across tribal lines and in this case the Yoruba track SEUN RERE turned out to be its selling point. According to records, this is the track that was translated into other 124 ethnic languages to drive home the message content of its lyrics.

This woman later established herself as a rare gem, a team player and a catalyst needed in the league of friends. It was sometimes in 1980 she conceived an idea, the idea bothered on her concern for the Nigerian music house to form a united front.

Many people like my humble self had written off such exercise as an effort in futility. My pessimism was borne out of the fact that there was no love lost among the Nigerian music gladiators at the time. The untold acrimony and bitter rivalry between King Sunny Ade and Chief Ebenezer Obey was so fresh and lingering at that time, not to talk of the feud between Haruna Ishola and Kasumu Adio and of course the ravaging fiasco of Sikiru Ayinde Barrister and Kollington Ayinla.

By all permutations, no one could believe that someone in the mould of Christy Essien-Igbokwe’s age, gender and experience would find it so cool and comfortable at bringing these stars to the same table to discuss positive agenda. But this woman stunned the world and beat everyone to it. Mama SEUN RERE achieved it. She danced where the angels fear to thread. She initiated and convened the unity forum of all Nigerian musicians, they moved ahead to become an official body and today it is known as Performing Musician Association of Nigeria PMAN. The body had its first set of officials as follows:

In 1996-1999 period, Christy Essien-Igbokwe eventually emerged and served as the first and only female President of the organization.

The National Broadcasting Commission (NBC) and The Rest of Us