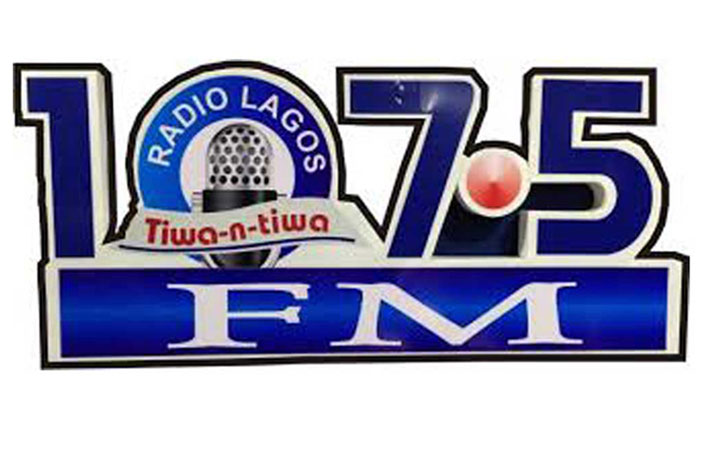 A station that remains far from the ‘positively-maddening’ crowd would end up pitching its strength in quick sand, rather than ‘in the sands of time’. Every radio station is expected to be popularly perceived by its audience as the ‘numero uno’; its news monger; companion; friend; entertainer and informant.

The station should speak the peoples’ language, express both their culture, custom, tradition and pay ample respect to their history. These were (and still are) the unique qualities of perhaps one of Nigeria’s foremost indigenous government broadcast outfits, Radio Lagos.

The WikiLeaks explains …. ‘Radio Lagos was an offshoot of the Nigerian Broadcasting Service in 1977. It became the first state owned Radio station in Lagos state.’

Radio Lagos establishment could best be described as that of ‘a child of circumstance’. The staff strength at the then N.B.C, Lagos consisted of people from Lagos and other parts of the country. A case for expansion was made and the Directorate began to consider setting up another station far into the hinterland; Ikeja, which before then had been ear-marked as the Lagos state capital.

The movement to the new station, Radio Lagos in 1977, ensured the transfer of a few pioneer staff, led by the then Controller Programs, veteran broadcaster, Mr. Bisi Lawrence (who later became the first pioneering General Manager of the station). The mandate included; setting up a wholly indigenous station to promote the culture, customs, tradition and languages of the ‘owners, citizens and inhabitants’ of Lagos.

Radio Lagos operated on two frequencies; 990 khz. 303 mtrs. And 918 khz. 327 mtrs in the medium wave band. The station occupied the ‘valley’ facing the Oregun road junction. The road at that time was known and referred to as ‘Isheri’ road after the first settlers of the area. It later became known as Awolowo way, when politics took its place in governance in 1979.

According to the WikiLeaks, “Radio Lagos was (and still is) the first predominantly specialized language station with over 98% of its transmission in Yoruba and Ogu language and approximately 2% for English bulletins and programs”. One of the station’s unique strength at its inception was the ability to galvanize and include its audience during major programme decisions.

Programs were decided through a well-structured programs planning conference which consisted members of staff, independent presenters and producers and a section of the listening public.

The first set of programs were broadcast in the late seventies and made possible through the assistance of known radio celebrities. ‘Mama de Mama’, presented by late Mrs. Oluremi Onasanya, was a one-hour Yoruba talk program set within the realms of ancient folklore and deliberate in correcting the ills in the society.

Dimeji Ajikobi, a Senior Lecturer then at the University of Lagos, who would come week days to present a two-hour music program, ‘Owuro l’ojo’.

With the need to change and re-position, the program metamorphosed to, ’Good Morning Lagos’ presented by, Tokunbo Ojekunle; Lekan Ogunbanwo; Tokunbo Odebunmi. Between them programmes such as ‘Sincere Wishes’, ‘Sunday Jump’and’Jazz Night’were broadcast.

A strong foundation was laid in the area of production of both English and indigenous programmes. Aderoju Adepoju, Moleye Balogun, Ayobami Sotanwa, Adeniyi Akinwunmi, were few names to recall from the pack. Some of them and few others rose to become General Managers of the station.

The station also set a vision for the setting up of a vibrant Features/Documentary unit. The team comprised, Gbolahan Olalemi, Kunle Jaiyeola, Omololu Olubode and Tokunbo Ojekunle.

By the early eighties, the station experienced a positive public perception as the late, re-known Yoruba comedian/radio presenter, Gbenga Adeboye launched the program, ‘Fun Won Tan’. This bond with the comedian, gave a brand-on-brand effect as it achieved the station management’s mission of offering to the public a friendly, yet responsible station. It also paved the way of opportunity for ‘free-lance’ presentation offered by acknowledged Yoruba presenters as Abbey Fagboro and Late Opeyemi Fajemilehin, who at this watershed, led the light for others to follow. Pa Tunbosun Oladapo, all the way from Ibadan, joined the list of freelance presenters.

In furtherance of the station’s commitment towards using radio as vehicle of uplifting the people, a 30-minute program, ‘Awon Asa Ile Wa’ and ‘Our Towns’, focused on the various cultures, people and places in Lagos.

The station’s style has been based on creating a balance in its scheduled programs such as to give effective representation of the people of Lagos.

Efforts were made to answer to the yearnings of the cosmopolitan class. As such current and trending music types featured on select English music programs and talk shows. ‘The Beats’/ ‘Esquire’ both presented by Tokunbo Ojekunle and produced by Omololu Olubode turned the station aglow on Saturday’s.

Having a full understanding of the beliefs held and nurtured by the people of the state, Radio Lagos gave a full representation of the two main religions (Christianity/Islam) and ensured that programs are created to satisfy both audience. Reverend Akindayo Akinrombi and Alhaji Yahya Salam were in charge of religious programs they also took care of the special broadcasts.

The station proved its mettle particularly during the political dispensation that teed off in the later part of the 70s. It, through the already established relationship developed with the citizens over time, provided a detailed coverage and analysis of the terrain. There was a bubbling team of news analysts employed to among others bolster the quality of news coverage. The team consisted amongst others, Kayode Adeleye, Segun Babatope, Dele Alake, Femi Laguda, Akin Kekere-Ekun, Kayode Iginla to mention but a few.

Radio Lagos scored highly during this period as it deployed all at its disposals in conveying government intentions, programmes and policies to the mass audience. This assumed role brought it at loggerheads with the then federal government of the National Party of Nigeria (N.P.N).

With the changes in government, changes in in ideologies and technological advancement, there was the need for the station to move with the tide. A proposal to this effect was granted and by 2001, the new Radio Lagos (‘Amititi’) ‘Tiwantiwa’ was established and placed under the newly created Lagos State Radio Service. Its first General Manager was Mr. Lekan Ogunbanwo. He later rose to become the Permanent Secretary of both Radio and Television Services.

The new station was placed on the FM band (107.5 FM), just as it operates till today. The station enjoys control of the state of the art equipment as well as an array of seasoned broadcasters.

One of the unique qualities is the production of a huge number of station’s identification call tunes which today have engaged the mass audience.

It has been one of the greatest success stories in by Nigeria’s broadcast annals.

Radio Lagos, out of all the over 35 stations in the Lagos area, jealously occupies the first two, in terms of ratings among the indigenous broadcast stations. A seed planted in the 70s is still being positively cherished and appreciated by the citizens and remains so up until now! With the required zeal, dedication and commitment of it’s current team of seasoned broadcasters led by a woman of commendable experience, Mrs. Ayobami Sotanwa