Top Posts
MESSI NOT THE GREATEST
PRESERVING THE NIGERIAN POPULAR MUSIC HERITAGE: THE EVERGREEN...
ELNANA AFRIKA BEGINS THE GRATEFUL JOURNEY
NICE To Watch Messi As He Scored His...
EDOCHIE AND WIFE CELEBRATE 53
MIKEL OBI, THE LEGEND, BIDS FOOTBALL GOODBYE
POETRY FESTIVAL FOR FAROUNBI
TIME FOR MUSICAL REVOLUTIONS
LAI MOHAMMED: THE FESTIVAL AND THE LICENCES
The Broadcast Industry Battles For Survival
Home Broadcasting Broadcast Copyright And The Comedy Of A Struggle
Broadcasting 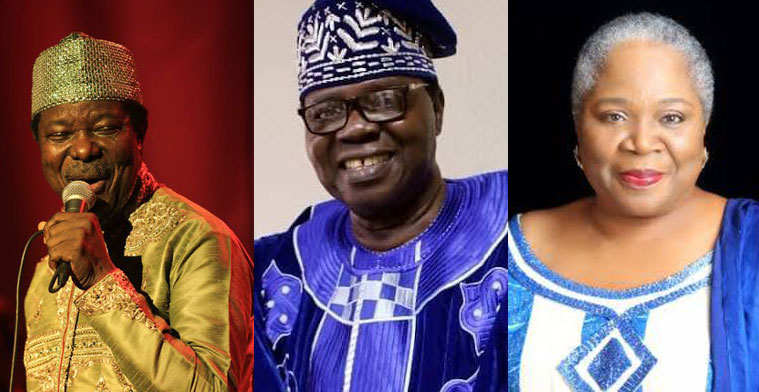 The analysis of the copyright struggle in Nigeria elicits comedy, painful comedy.

As a strong supporter, I have watched the comedy of the struggle symbolized by “genuine” professional friends, playing politics with a good source of their means of livelihood.

There is no point going into the reasons behind such politics but every evidence points to the acknowledgement of the early frontline and leadership roles of the MCSN. Then much later, Okoroji came up with COSON.

Okoroji, a former president of PMAN, drew a large number of the musicians to his COSON. How he was able to do this is not a subject of discussion for this piece, but the fact remains that he became the president of PMAN after King Sunny Ade was the first president and Ebenezer Obey, the first chairman. There is also a relevant point here; Okoroji is a smart guy and a good achiever, sometimes with controversies. This was evident in the process that led to his election as the president of PMAN. He was mostly known as a music producer with only one album to his credit prior to the election, and this drew reactions from members.

Suddenly, Okoroji’s COSON became a toast, almost rubbing off the gains MCSN already attracted through years of struggle, and by extension, the existing unity among the musicians. For instance, Ebenezer Obey, Sir Victor Uwaifor, Onyeka Onwenu and King Sunny Ade, who was then the chairman of MCSN, were good friends professionally. But the first three went with Okoroji’s COSON and they became a good force for the group. This action, however, did not relegate MCSN because Orits Wiliki and a lot of the intellectual minds of the music industry stayed with the Society.

ALSO READ:   The National Broadcasting Commission (NBC) And The Rest Of Us

The struggle continued with COSON gaining upper legal hands, sometimes. And victory is sweet. So, Okoroji was seen to be riding high.

Yes, victory is also sweet for MCSN as it received the final victory from the Supreme Court last year. With this, there is a turn around and there is a fix, a sort of confusion for many musicians.

The problem here is that music is the major source of creative content for the broadcast industry as well as a good source of income for the copyright owners, the musicians. What is the way forward?

MCSN moved swiftly after its victory by appointing KSA as honorary president in a restructure to consolidate its victory. It also moved quietly to seek a working relationship with PMAN, the umbrella body for all musicians in Nigeria.

Mayo Ayilaran, MCSN’s Chief Executive and a legal guru, said while announcing KSA’s appointment: “MCSN is expected to leverage on the vast experience and network of KSA in pushing the cause of the musical Society”.

He also announced that the Society’s GoCreate App is going live immediately to monitor the use of Nigerian musicians’ works digitally, online and offline. To be sure, this is a commendable move in a dynamic digital world.

Yet, the comedy continues.

For instance, there is a very unclear reason why the police is reportedly going after Okoroji. Reasons have not been given, but the PMAN President recently made a public statement which probably indicated problems that are not yet clear to the public over royalties allegedly collected by Okoroji or COSON.

Analysts are, however, of the opinion that the situation calls for cohesion and unity among the top shots of the music industry, particularly with the victory of MCSN at the Supreme Court.

Divisions are clearly not in their own interest in order to reap harvests of their sweats. As said earlier, the comedy of the whole struggle is that they are all friends, good friends, professionally.

Apart from being friends, analysts also view the struggle between them as an extension of the Nigerian societal crisis. Many of them think that a well-structured collecting society is enough for the country, explaining that if there were problems with MCSN as the first licensed organization, efforts should have been concluded on re-organisation and restructuring instead of divisive steps that led to rival groups. Such moves, analysts think retard the growth of the music industry and only fuel actions that toy with the means of livelihood of the practitioners.