Top Posts
Televangelism: Between Adetuberu And T.B. Joshua
Wole Soyinka: My Father’s Burden
FIBAN: Another Look At Broadcasting
Tom Adaba: Not an icon, but the ICON
Minifootball Continental Event To Kick Off In Nigeria
Balarabe Ilelah and The NBC
The Legends: The story of K1 and Shina...
For Chelsea, It’s A Good Season
Kelechi Iheanacho: A Dream Come True
Lagos, The Legends Are Coming
Home Sports Between Christian Chukwu, Peter Fregene And Otedola
Sports 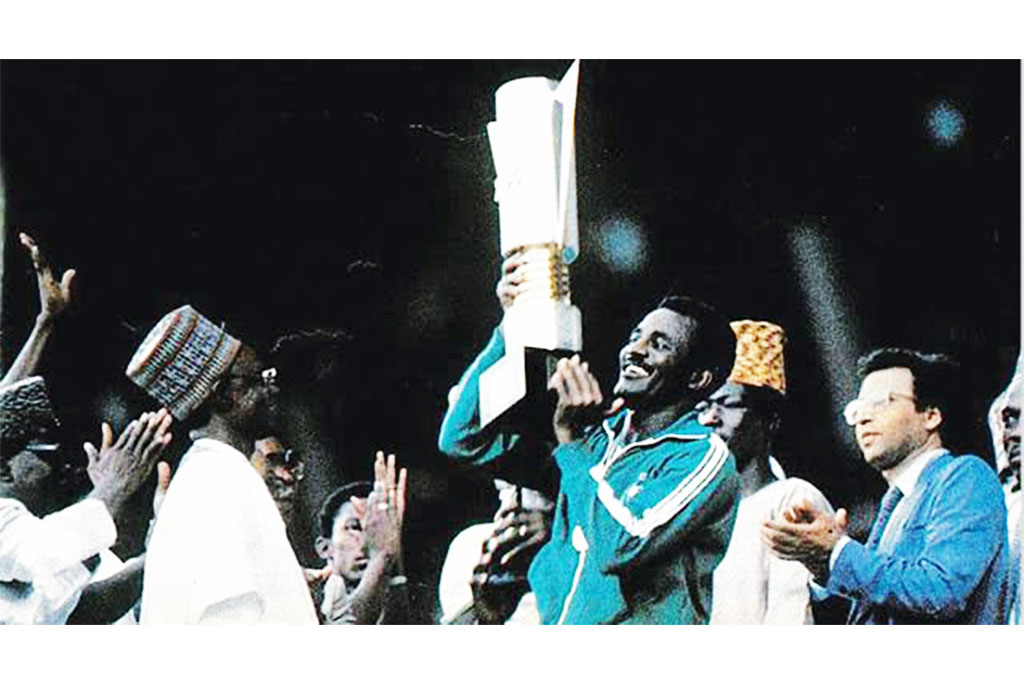 The “Chairman” is alive, and he is happy to give the glory to God and one man who is not from his tribe. According to recent reports from Chairman Chukwu, as he was called; “After God, it is Femi Otedola in my life”, he reportedly said after a visit to the billionaire few days ago.

Together, they made football fans stay glued to the television, or radio sets. As members of the Green Eagles, Chukwu was the captain.

His travails came into limelight early last year through a patron of Enugu Rangers. Eventually, Chukwu was diagnosed of some health complications, and needed close to 20 million Naira for treatment abroad. He was a shadow of his old imposing self.

Chukwu held sway as one of Nigeria’s best and dominant defenders for his frame.

The peak for him and his other friends came in 1980 when he captained the Green Eagles to Nigeria’s Africa Cup of Nations first win. Chairman Chukwu later coached the Super Eagles.

But compared to today’s glamour, Chukwu’s generation played ‘peanut’ football. But they were honoured for the zeal they put into making their country great.

On arrival from London, Christian Chukwu went for a thanksgiving service to show appreciation to God at St. Phillips Anglican Church, Obe, Nkanu West LGA of Enugu. It was a gathering of who is who in the football game.

ALSO READ:   Broadcasting: Why Odegbami Takes Up The Challenge

Bishop Emmanuel Chukwuma, who officiated along with other ministers, noted the efforts of Enugu State Government and Chief Femi Otedola in rescuing the player.

The traditional Prime Minister of Obe town, High Chief Patty Agu noted during the after-service reception: “Otedola, especially showed that he was a complete detribalized Nigerian with his actions in the period of challenge for our brother”.

There is a reason for all these. Governments, particularly the Nigerian Government, are expected to take care of their heroes, here on earth, when they need such assistance. Chukwu’s case is an example. His health deteriorated, before the treatment obtained through others and Femi Otedola, to such a level that he was being assisted to walk.

He actually said this much after he visited the billionaire with his family few days ago.

“Otedola has made me, I can play football again.

“If you saw me before I left for London, you won’t believe I’ll be here talking to you. I had many complications and I couldn’t walk.

“When I heard Otedola brought out money for my treatment, I marveled because in my circle we didn’t know him before”.

Chukwu was grateful to Otedola for some other reasons too. According to him: “We have people with us but maybe they forgot or it is not in their character.

“I don’t know how to thank Otedola enough, God bless him”.

But hear Otedola’s story on why he assisted Chukwu: “I was moved when I heard Mr. Chukwu’s situation because I remember that 20 years ago, my father, the late Sir Michael Otedola, also suffered a stroke from ingesting fake aspirin”.

“This experience has, overtime, made me appreciate that good medical attention can give a good and prolonged life, and that was what motivated me to rise up and assisted Mr. Christian Chukwu”.

Otedola, who revealed that the expenses of Chukwu actually cost N36.6 million, said that he has derived joy in spending the money, a blessing of God, to assist a fellow Nigerian who has done great things for his country.

That is the news about our own Chukwu. The other news is that Otedola is also taking care of Peter Fregene, a onetime Green Eagles goal keeper. “He is currently being assisted with his medical problem and we are confident that he will also come out of the hospital strong and healthy”, said Otedola.

According to Otedola, “In my circle of friends, many spend up to N50 million Naira to drink champagne and generally enjoy life, but at the end of it all, what happens? It passes out of the body as waste. For me therefore, and I also tell my friends, it is important to use such money to put a smile on the faces of as many people we can”.

The billionaire finally said: “I am humbled by the gratitude being expressed by Mr. Chuckwu but I believe all thanks belong to God, and I thank Him for putting me in a position to be able to be of assistance”.