Top Posts
Televangelism: Between Adetuberu And T.B. Joshua
Wole Soyinka: My Father’s Burden
FIBAN: Another Look At Broadcasting
Tom Adaba: Not an icon, but the ICON
Minifootball Continental Event To Kick Off In Nigeria
Balarabe Ilelah and The NBC
The Legends: The story of K1 and Shina...
For Chelsea, It’s A Good Season
Kelechi Iheanacho: A Dream Come True
Lagos, The Legends Are Coming
Home News Broadcasting: Why Odegbami Takes Up The Challenge
NewsSports 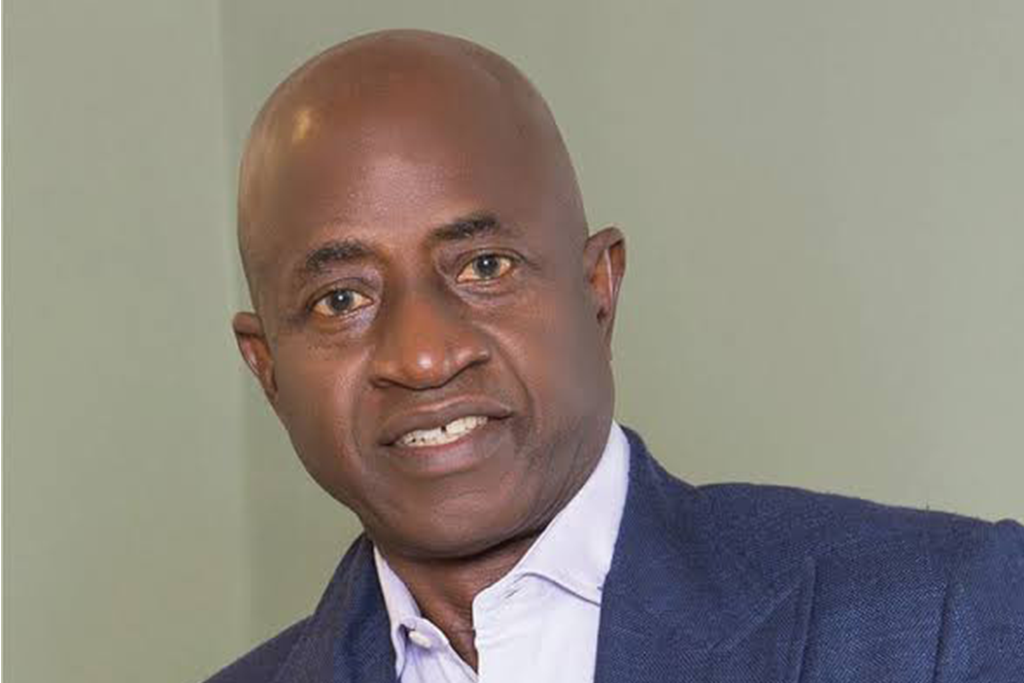 Perhaps, unknown to Segun, Mathematical Odegbami, many of his fans went wild with joy, some reportedly went for the champagne, last March 10 when he announced to the world that a 17- year struggle to get a radio licence is over. He finally got the licence.

Such reactions were cheering news for someone who has kept his head high for years.

“Mathematical 7”, a legend in his own right, did not read politics, not even sports politics, to the 17- year struggle. But there were unconfirmed stories that he legitimately narrated his fate, unsuccessfully, to some high ranking Nigerians during this long period.

Anyway, gleefully, Segun announced to the world on that day, March 10 2020, that “Yesterday, I received the news that the sport radio station licence I had sought for 17 years has been approved by the President. A new chapter has been opened for me in my very humble and eventful journey through life”

“Wasimi Orile in Ogun State is the location of this new and exciting project. All those who can should join hands with me and help me in every way to make this an addition to my small legacy on earth”, he said

Let’s go through a brief of the man called Segun Odegbami.

Considered one of the greatest football players to have ever emerged from Nigeria as well as the continent of Africa, Segun is unarguably a brand name for football around the globe from the early 70s and late 80s.

Odegbami began his football career with IICC of Ibadan (now 3SC) after he graduated from The Polytechnic of Ibadan where he studied engineering. His educational background coupled with his tactical style of play earned him the nickname “mathematical“ from Ernest Okonkwo.

ALSO READ:   Nigeria At 60: The Thrills And Fun

“Mathematical 7” came into the spotlight in 1976 after helping his club, Shooting Stars, to win the African Cup Winners’ Cup, making Shooting Stars the first Nigerian football club to win a continental title. The tall right-winger was famous for his amazing skills, pace and scoring expertise. His exploits with his football club earned him an invitation to the Green Eagles where he made his debut in October, 1976 against Sierra Leone at the age of 24.

Coach Otto Gloria enlisted Segun Odegbami into the national team to represent Nigeria at the 1980 Nations Cup which was held in Nigeria. The tournament brought the legendary ‘Mathematical 7’ his fame as he and a group of formidable players like Christian Chukwu, Adokie Amasieamka, Muda Lawal, Felix Owolabi amongst others won the country’s first African Cup of Nations. Odegbami became the joint top scorer in the tournament alongside Khalid Labied of Morroco with 3 goals each. The two goals Odegbami scored against Algeria in the final match of the 1980 African cup of Nations earned him the second position in the African footballer of the year award. Segun captained the Green Eagles at the 1980 Olympics in Moscow, and also led Nigeria to the African Nations cup qualifiers.

Segun remains one of the finest and greatest footballers that ever represented Nigeria and Africa, and has been practising sports journalism and commentary after his retirement. In 2015, Segun Odegbami made known to the world his intention of contesting for the seat of FIFA president but eventually withdrew.

Odegbami, a chief, is a holder of the national honour MON.

Naturally, having gone through such a long wait to obtain the radio licence, excited Segun now visits his station’s site even in odd times, particularly when free movements were allowed during the lock-down. The site is Multi-Purpose. He runs a soccer academy, a farm which produces maize, yams, and fishes, all in a place that will also accommodate the radio station. To him, the long wait is a challenge, particularly for the fact that his vision is still intact and relevant, having endured these past 17 years.

During one of these visits, Segun was happy with himself when he penciled down that “There is a mast on ground, a towering 300ft galvanized steel structure, standing upright and majestic, its top in the skies listening to whispers from heaven”

He is excited by the prospects of the take-off of Nigeria’s second sports and culture radio station in December this year, strategizing how it will impact on the youths of Nigeria generally and Ogun State particularly.

Feelers from “Mathematical 7” revealed that he holds this vision to his chest as the main purpose of going into broadcasting in the first instance.

Essentially, sports and culture are two vital platforms to re-orientate Nigerian Youths into a prosperous future, particularly away from their current unenviable mind –set and lifestyles. The world waits for Odegbami’s dream.