Top Posts
MESSI NOT THE GREATEST
PRESERVING THE NIGERIAN POPULAR MUSIC HERITAGE: THE EVERGREEN...
ELNANA AFRIKA BEGINS THE GRATEFUL JOURNEY
NICE To Watch Messi As He Scored His...
EDOCHIE AND WIFE CELEBRATE 53
MIKEL OBI, THE LEGEND, BIDS FOOTBALL GOODBYE
POETRY FESTIVAL FOR FAROUNBI
TIME FOR MUSICAL REVOLUTIONS
LAI MOHAMMED: THE FESTIVAL AND THE LICENCES
The Broadcast Industry Battles For Survival
Home News The Tragedy and Comedy of a Protest
News 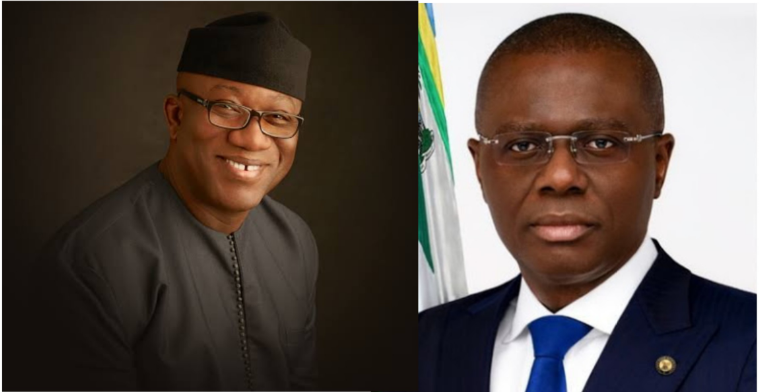 The disbanded SARS was a tragedy, and most tragedies hardly have spaces for good intentions. So, the Police Unit discredited the good intentions and concepts of those who created it as a special unit.

Because Dele Udoh was a popular sportsman, Nigeria recorded him as the first and major casualty. There was no evidence that Nigerians were sure of other cases before him because in those days, we had nothing to boast of as communication except the scraps of our colonial masters, particularly the malfunctioning NITEL. The military communication was functioning outside this, perhaps.

Anyway, we grew up with SARS after its creation, and watched the Police Unit grew into a monster just like any other Nigerian creation. The entire space called Nigeria became a monster of creations, even before and after SARS. It was scary, as we grew up with policies upon policies and implementations upon implementations, all defying democratic ideals admired all over the world.

The Broadcast Industry is one of such handy experiments. For instance, observers pointed out the irregularities in turning state and federal organs into private megaphones of those in authorities who were supposed to hold these organs in trust for Nigerians. And they also pointed out how the national regulatory body turned away searchlights on them.

To the credit of IBB, his military regime introduced licences for private broadcasting. Good departure and a major step, but there came spiral effects years later which saw the National Broadcasting Corporation growing into a monster as the only regulatory body for the industry. NBC is dreaded by broadcast entrepreneurs and practitioners over alleged instances of those who lost hopes of securing licences after many years, or those who counted themselves lucky securing ones after over 10 years.

Nigeria is a trendy country, and her citizens go frenzy over trending events. Naturally, it is part of us as Nigerians not to search yesterday to plan today, or take advantage of today’s trending events to plan for tomorrow. So, the cycle goes on, and we mix tragedies with comedies in our national life.

ALSO READ:   Boosting the Future of Broadcast and Creative Industries

For instance, we see millions of youths ready to do anything to join such agencies as the Road safety Corps, yet many parents have also reportedly disallowed their children from taking up appointments with such organizations going by the societal rating of their lower ranks.

So, the #EndSARS protest was genuine, fundamental, visionary and logical. Most Nigerians welcomed the development, not against Buhari, but against accumulated anger over the years against a bad society.

Too bad, the protest went sour, and all sorts of comedies were introduced into it, even when the nation was witnessing tragic national embarrassments.

One major take-away is that the protest revealed that there was the possibility of an element of greed in every Nigerian even when we easily want to excuse ourselves from the fact that most of us are not clean.

Now, there is a drop in the price of Rice all over the country in the last few days. But analysts are confused to rationalize the situation. Price drop occasioned by millions of bags of rice allegedly carted away from warehouses and pumped into the market illegally, or factual reports that security agents reportedly relaxed acts of corruption on Nigerian roads because of the protests?

Don’t laugh at the reported comedies that hoodlums also exercised much of their “rights,” carting away anything in sight, including tractors in some Northern states and poisonous agricultural items in Ekiti State. How can a nation be going through a national tragedy and also have recorded events of the disabled joining a looting spree?

As a nation, the national tragedy will live with us longer than the comedy. The Lekki Toll Gate ‘killings’ are still unresolved. Properties were destroyed in Lagos more than any other place. This is very sensitive, and the governors of the South West were not comfortable with the situation.

And the National Broadcasting Corporation faces a slippery terrain for the first time. It is going to be one unfolding drama for the Broadcast Industry, particularly for the fact that most Nigerians are not really aware of the enormous powers that reside with NBC.

To the credit of the agency, the Federal Government took a lot of steps to cushion the effects of the COVID-19 on the Broadcast Industry. This is one sector that was adversely affected that many of the state-owned stations had to lay off hundreds of staff.

But #EndSARS protest was not about this; it was a national concern, a national scar. It enjoyed more than average national support. Yet the NBC has its roles, rules and regulations, including sanctions. Perhaps, the law did not envisage this interesting, but very slippery setting in a democracy. And Nigerians, trust them, they are versatile to locate loopholes.