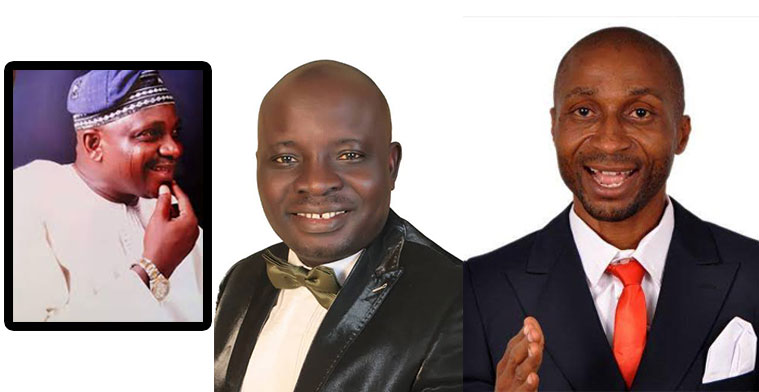 To some people, this might be described as a peep into the unknown. To many however it is a journey through an identifiable terrain. A journey of a thousand miles begins with a step, unlike the broadcasting journey that could begin with a bi-labial or a labiodental consonant sound.

The Nigerian Broadcasting Commission NBC, on several occasions, has been advised officially or otherwise to look more into the programme presentations and production aspects of Radio and Television broadcast, now that we have what people describe as proliferation of FM Radio and Television Stations. Apart from the penalties assigned to unethical and unprofessional conducts on Air, the National Broadcasting Commission need to pay more attention to content delivery and other aspects of Radio/TV production and presentation.

A strong school of thought believes and still adheres strictly to the fact that Broadcasters are born and even though they could be eventually “made”, the in-born potentialities and talents need to be showcased.

This, according to the foundation National President of the Freelance and Independent Broadcasters’ Association of Nigeria – FIBAN Alhaji Olalomi Amole is the bedrock of the coming to life of the Association.

The whole thing started in Ibadan, Oyo State of Nigeria, at a ceremony where most of the foundation members were present. It was argued that if artisans and other business groups could come together in the form of Associations, why not those of them who belong to the group of Presenters and Producers on Radio and Television who were not taking salaries or not paid any necessary remuneration from related organisations.

That was the take-off point, with Alhaji Olalomi Amole, Alhaji Gboyega Lawal, Niyi Akinboade, Akomolafe Olaiya in the saddle. While answering questions on why is it necessary to have another association apart from NUJ and RATTAWU, Alhaji Olalomi Amole reiterated the need to have an independent body as the full meaning of the acronym implies: “Freelance” and “Independent” Broadcasters Association of Nigeria (FIBAN).

Freelancers, as expatiated further by the foundation president of the group, are entitled to some stipends from the organisations they work for, while the Independent ones only buy air-time for their various programmes.

As carefully observed, there are many presenters and producers who don’t belong to this group as freedom of association happens to be a fundamental human right as entrenched in the country’s constitution.

Freelancers who receive stipends from government and other broadcast agencies, automatically “dance” to the “tune” of their various organisations, as against the Independent Broadcasters.

In defence of FIBAN members not being trained, Alhaji Amole came out boldly using his own experience in Radio Nigeria as a case study. There, in Radio Nigeria then, all presenters and producers were exposed to various trainings, workshops and seminars from where he benefited immensely. Members of the Association also benefited from the various training programmes organised by the National Broadcasting Commission (NBC). Now, the Association itself has invested heavily on training and re-training programmes of its members both at the national and state levels.

Most of the presenters and independent broadcasters who use English language find it difficult to associate with the presenters who use their local languages; they look down on them for reasons best known to them. With the realities on ground, however, some of them cannot but pitch their tent with the Association.

The Association at the onset was code named ARATREP which was just an Association of Radio and Television Freelance Presenters. It was a memorable occasion, however, when Olalomi Amole was selected to be the foundation President. The occasion was even presided over by the notable Ibadan Chief and frontline politician, Chief Adisa Akinloye.

ALSO READ:   The Influence Of Campus Radio On Youths

For the group to take-off in Ibadan and still remain there, made the scope myopic in a sense. The group however embarked on a transformation drive and the first port of call was Abeokuta, the Ogun State capital where the late Gbenga Adeboye gave them a rousing welcome and undaunted support.

The name was changed to National Union of Freelance and Independent Broadcasters (NUFIB). Based on legal advice that;

So, the word UNION was changed to ASSOCIATION and the FREELANCE and INDEPENDENT BROADCASTERS’ ASSOCIATION was “born” with Alhaji Olalomi Amole at the helm of affairs. The first Vice President was Gbenga Adeboye. We also had the second vice president then.

Coming next as president after Olalomi Amole was Fatai Dan Kazeem of Ilorin, Ambrose Somide, Yemi Sonde. Comrade Desmond Nwachukwu is now steering the ship of the Association as National President.

The dream of the association is that of expanding the coast and allow real professionals to come on board and impact positively on the citizenry.

The task of Educating, Informing and Entertaining which form the tripod stand on which the pendulum of broadcasting rotates has now been enhanced by this group of people who are more than ready to enhance and expand the coast of broadcasting in Nigeria and particularly in all the states and beyond.

“The more we are the more the share of honor”. This parlance is quite relevant to the significance of FIBAN as far as broadcasting is concerned now and in the future.