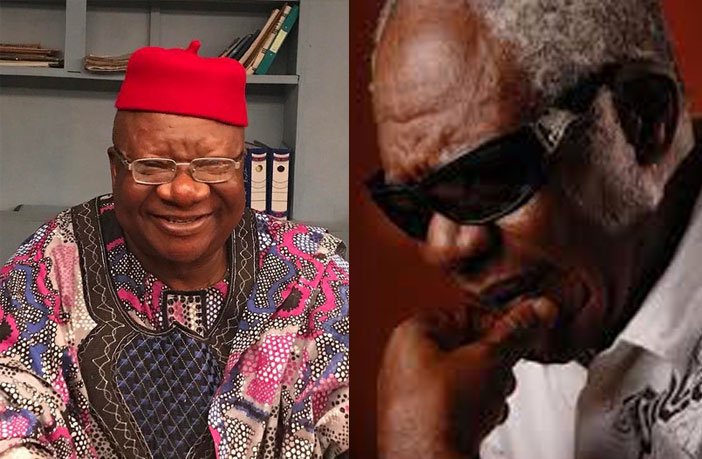 The Nigerian Civil War has been described as the worst and most unpalatable experience of the Nigeria Nation and in its annals of history.

The trauma and other devastating effects lingered for quite some time with the counting of losses and the dance to the tune of other terrible experiences that are not unexpected after the war.

Tension needed to be doused; hence one of the principal roles of the broadcast media, which is to entertain, was the mid-wife of the programme –The MASQUERADE.

The show started out as a segment called “masquerade” aired on a lighter mood radio programme of the past East Central Broadcasting Cooperation. As earlier mentioned, it was created after the civil war as a means of bringing laughter to the homes of citizens after the traumatic experience of the Civil War.

The programme was created by JAMES IROHA who later acted as GIRINGORI on the Television show later.  The main Actor of the Show was Chief ZEBRUDAYA, the Second World War veteran who had been to several foreign countries. He was regarded and received by other characters to be well enlightened and sophisticated. The Plot of the show took place in ZEBRUDAYA sitting room; ZEBRUDAYA’S wife OVULARIA had a daughter PHILO and two homeboys. CLARIUS and GURINGORI.

It was supposed to be a comedy. The design, however, also incorporated melodramatic plots, teaching morals and laying bare some societal problems which if unchecked could have devastating consequences on the society itself.

On Television, the show developed into the “NEW MASQUERADE, a Sitcom aired on the Nigerian Television Network then, on Tuesday Nights from 8.30PM to 9.00PM during the 1980s until the mid 1990s. As earlier mentioned the show was created by JAMES IROHA who also acted in the sitcom, which later became Nigeria’s Longest running Sitcoms.

CHIEF ZERUDAYA OKOROIGWE NWOGBO, This was the appellation he got for his role as Chief ZERUDAYA in the TV Comedy.

He attended Prince Memorial High School, Onitsha, Anambra State of Nigeria and later obtained a B.Sc. degree from Enugu State University of Science and Technology in 1996.

James IROHA, the Creator so to speak of THE MASQUERADE could be described as a genius of some sort, who merged talent with the conviction to make his role indelible on the sand of time. He was famously known as GIRINGORY (A distorted form of GREGORY) AKABOUGU.

JAMES IROHA (OON) started out as an entertainment extraordinaire.

A comic merchant, his Style of writing, acting and production could not be compared to what other actors would refer to as the norm. He gave himself the role of houseboy in the drama serial he created himself

His comic role in the now rested The New Masquerade was a toast of the Nigerian Television Authority (NTA) some decades ago, which would forever be remembered. Just a 30 minute humorous programme, but it moved the entire country.

The new Masquerade was simply a classic of sort. It is remarkable to note that CLAUD EKE as PRINCE or CHIEF JEGEDE SHOKOYA was a flawless caricature of the Yoruba man’s personality profile. CHIEF EKE was rare genius in his genre of performing Arts. His mastery of the Yoruba Language and mannerisms was flawless and accurate. He used his talents to build and solidify inter-ethnic bridges especially between the most gifted yet the most belligerent ethnic groups in Nigeria. (Yoruba and Igbo) An Igbo man who lived in Ibadan for years used this background and experience for expression in the entertainment industry.